Unless you’ve been holidaying on the moon you will know that the Ryder Cup gets underway soon at Le Golf National near Paris, and as so often is the case the partnerships will be crucial in deciding the fate of the trophy.

With that topic in mind I cam across an article that looked at some of the partnerships in Ryder Cup history from both the European side and the Americans side.

In terms of partnerships, Europe has had more successful duos than the USA, with the likes of Bernard Gallacher and Brian Barnes not getting a mention below as well as Faldo and Monty, Coles and O’Connor Senior, Donald and Garcia, Jacklin and Oosterhuis, and Parnevik and Garcia. 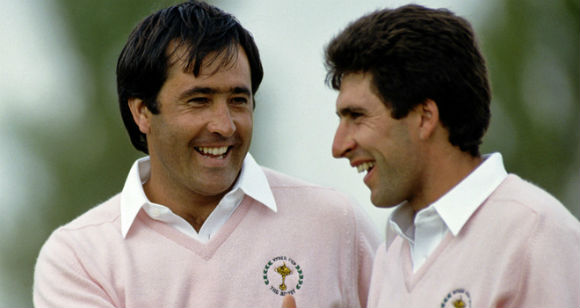 Seve and Jose played together a record 15 times, making them the most frequent pairing ever seen in Ryder Cup history. They won a staggering 12 points together which is 6 more than any other pairing.

The two Spaniards, speaking a different language in a match largely dominated by English speakers, could get under the Americans’ skin with their competitiveness and razor-sharp short games. They could both be erratic off the tee but would seemingly win and halve holes that they had no right to due to pinpoint accurate irons, perfect pitches, great putting and their never-say-die attitude.

Seve, who had formed a pretty good partnership with Jose Pinero in 1985, was like a father figure to Olazabal and they really did make the perfect partnership which was formed in 1987 at Muirfield Village.

The pair went on to win six of their eight foursomes games together and five of their seven fourball games.

They played together in every doubles session for three straight Ryder Cups and were unbeaten in eight games across the 1989 and 1991 matches. 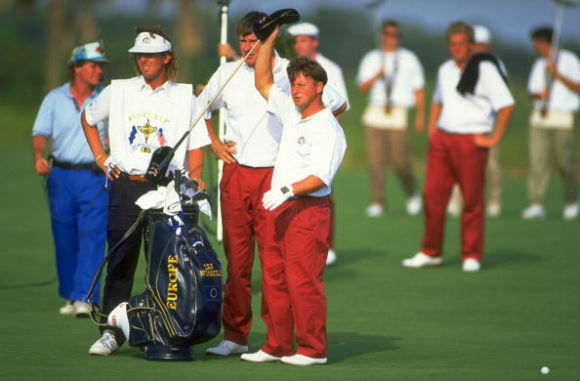 Faldo and Woosnam are the joint-second-highest points scorers in Ryder Cup history as a team with six, tied with Darren Clarke and Lee Westwood.

They appeared together first in 1987, the same Ryder Cup that the Seve/Olazabal partnership was formed, and won a total of six points from their 10 games together – winning five, halving two and losing three.

Faldo and Woosnam won 3.5 points out of four matches in the 1987 Ryder Cup and then played together in all four sessions again in 1989, where they won 2.5 points.

The duos of Faldo/Woosnam and Balesteros/Olazabal were the spearheads of Europe’s Ryder Cup sides towards the late 80s and early 90s. Both have gone down in history as two of the best. 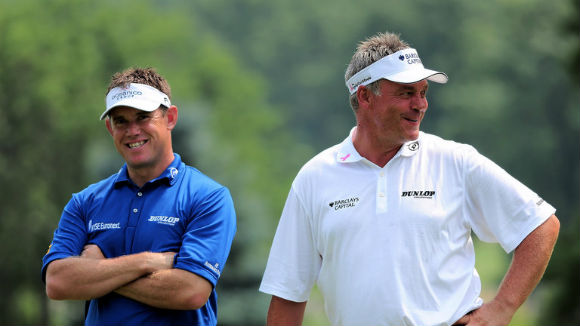 Clarkey and Westy tied Faldo and Woosnam with six points, a total that only Seve and Olazabal surpassed.
The pair played together between 1999 and 2006 and won six and lost two from their eight matches.
They won 2/4 at the 1999 match at Brooklyn and didn’t play again for five years, after Clarke and Bjorn and Westwood and Garcia were the more frequent pairings in 2002 under Sam Torrance at The Belfry.
It was worth the wait though, as they won every single match they played together at Oakland Hills in 2004 and the K Club in 2006.

Palmer and Dickinson are certainly one of the best pairings in Ryder Cup history.

The Americans played together five times in the Ryder Cup between 1967 and 1971 and won all five matches.

Gardner Dickinson, who never won a major, played in both the 1967 and 1971 matches and won nine of his 10 games including all five in 1967 at the Champions Golf Club in Texas. 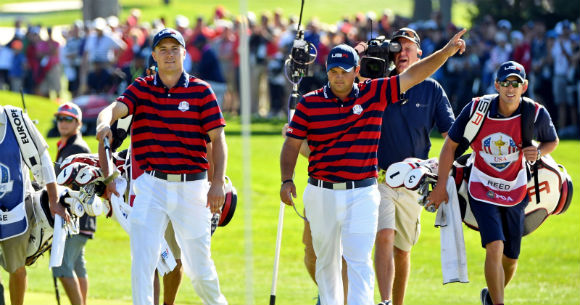 The two Texans have become tied as the most successful USA Ryder Cup partnership in terms of points scored and they’ve only played in two matches.

Spieth and Reed have been paired together seven times across the last two Ryder Cups; three times in 2014 at Gleneagles and in every session at Hazeltine in 2016.

In fact, neither of them have ever actually played with anyone else in the Ryder Cup.

This pairing will likely pass the five points won by Gardner Dickinson and Arnold Palmer this year to become the USA’s most successful partnership in history. 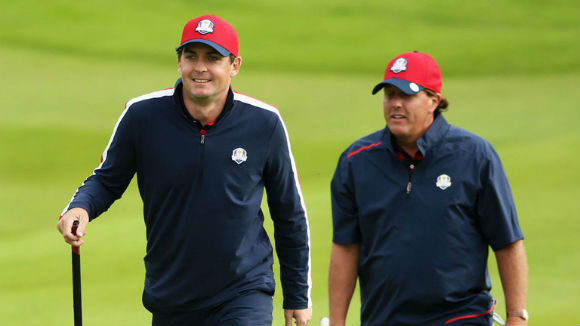 Mickelson’s most successful Ryder Cup partnership is with Keegan Bradley, as the duo won 4 points from their five outings together.

They played together in 2012 and 2014, winning two and losing one in foursomes and winning both of their fourball games.

Mickelson and Bradley won all three of their games in 2012 at Medinah and both men sat out of the afternoon fourballs where the pairings of Luke Donald and Sergio Garcia and Rory McIlroy and Ian Poulter famously won their matches late on to give Europe the momentum into Sunday.
Had Mickelson and Bradley been out that afternoon things may have been different.

I hope you are all having a wonderful summer and playing plenty of golf.

should you need any help then please see my latest offer here
https://martinrathbone.co.uk/lesson-offers/

Thanks for all your support
Open chat
1
WhatsApp Me
Powered by
Hello, do you need help from a great golf pro?