Before we get into this month’s newsletter just a 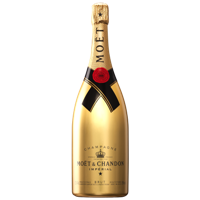 quick piece about my recent coaching trip to Portugal, in the famous song lyrics of Britney, “oops I did it again!!!!”  Yes, folks, I went and got my 11th hole in one. I thought my days had gone for these but it was a great shot with a great feeling, especially as it was witnessed by the girls on the trip. A big thank you to all those that went on the trip, it really was great fun and you guys made that happen.

I know the season now starts earlier but traditionally

“The Masters” is seen as the real start of the golfing calendar, my three tips are, Rory Mcilroy, Justin Rose and Paul Casey.

This month I thought I would recall some of the best Golf Quotes from the players themselves during 2018, it was a good year for golf with the comeback of the Tiger but it was also full of big drama. The Ryder cup had controversies as did the US Open but we often remember them for what was said by the players.

1, Justin Thomas sparked a big discussion with his “Who said that? … Enjoy your day, buddy. You’re gone.”

During the Honda Classic when he was heckled by a spectator. Thomas did go on record as saying he over reacted in the heat of the moment and regretted what he did.

2, Lexi Thompson with her “I’m not just a robot out here. I need to have a life.”

She was explaining her extended absence from golf at the end of the summer. She would eventually return and win the CME Group Tour Championship.

3, Jordon Speith, Jordon’s final round 64 at the Masters was one great round of golf that actually got him close to winning, just being beaten by two strokes from eventual winner Patrick Reed. It was a terrible putting year for Jordon that saw him drop down the rankings.

4, Francesco Molinari, “It’s just disbelief. … To look at the names on the Claret Jug, obviously, what can you say? It’s the best golfers in history, and to be on there, it’s incredible.”

36yo Francesco had a big breakthrough with his win at Carnoustie and also earned him “European Tour Player of The Year.

5, Jack Nicklaus, “(USGA executive director Mike Davis) said, ‘We’re getting there. We’re going to get there. I need your help when we get there.’ I said, ‘That’s fine. I’m happy to help you. I’ve only been yelling at you for 40 years.’”

Back in February 2018, Nicklaus described a dinner with Mike Davis centered around the distance debate and their belief that something needed to be done to scale things back. Nicklaus has been very outspoken in his desire to see a reduced-flight golf ball on Tour, and his comments brought the issue to the forefront once again. His description of that dinner was some of the most telling comments to date on Davis’ stance and action that’s already taken place.

6, Rory Mcilroy, “That’s one of the big things about European Ryder Cups over the past few years, We’ve basically left any sort of egos at the door and no one’s allowed to have an ego. … We’ve known each other for a long time and there’s continuity in our group that maybe the other side doesn’t quite have. The togetherness of the team, the great camaraderie we have, that’s built upon the European Tour. Obviously, we all have our separate lives going on, but once we get together for the Ryder Cup, we all come together as one.”

That was Rory’s words in the aftermath of Europe’s Ryder Cup victory at Le Golf National, it helped stir up an old narrative that the Americans’ lack of success on the road has more to do with team chemistry than failing to play well when it matters most.

7, Phil Mickelson, “Look, I don’t mean disrespect to anybody. I know it’s a two-shot penalty. At that time, I just didn’t feel like going back and forth. It’s my understanding of the rules. I’ve had multiple times where I’ve wanted to do that, I just finally did. If somebody’s offended by that, I apologize. But toughen up.”

“Lefty” Phil sparked the biggest rules debate of 2018 when he took a swipe at a moving ball on the greens at Shinnecock during the U.S. Open. Despite calls to disqualify himself from the tournament, Mickelson defended his decision and stuck around for a T-48 finish.

…and finally the big one!

8, Patrick Reed, “The issue’s obviously with Jordan not wanting to play with me, I don’t have any issue with Jordan. When it comes right down to it, I don’t care if I like the person I’m paired with or if the person likes me as long as it works and it sets up the team for success. He and I know how to make each other better. We know how to get the job done. … For somebody as successful in the Ryder Cup as I am, I don’t think it’s smart to sit me twice.”

The most polarizing player on Tour scored his first major victory at the Masters but he attracted even more attention by ripping teammate Jordan Spieth, and U.S. captain Jim Furyk, in the wake of the Ryder Cup loss in Paris.

Thanks to everyone that supports me and happy golfing to you all.