The Ryder Cup, Just a Friendly Exhibition, or is it!

Is it a friendly exhibition?  I don’t think so but that was the idea when it was introduced in 1927.

Since the team event started over a long period now, the competition has grown into a tense, combative affair, marked by controversies and contentiousness. Below we have a look at some of the disputes and wait for those in this weekend’s biennial event that will go down in the history books. 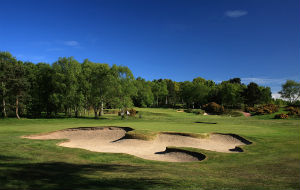 Talk about giving the other guys the shaft. By 1929, the USGA had approved the use of steel shafts in competition. But the R&A had yet to do so. So when the Americans showed up on English soil steeled, as it were, for battle, their opponents made it clear: steel-shafted clubs were a no-no. The Americans went back to their old equipment, and Great Britain went on to victory.
PORTLAND GOLF COURSE IN 1947 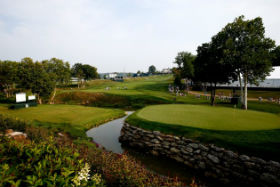 Compared to some of the testy exchanges we hear about today, this one comes off as throwback quaint. Rest assured, though, playing Captain Ben Hogan and his team were far from pleased when Great Britain captain Henry Cotton called for an inspection of the grooves on the irons used by the opposition. This was just before the competition started. By the time it ended, the Americans had delivered an 11-1 whooping. Oh, and by the way, their grooves were deemed legal.
CHAMPIONS GOLF COURSE IN 1967

It was the British who dubbed Ben Hogan the Wee Ice Mon, so they knew he could be chilly. And boy was he ever at a gala dinner for the two teams before the event. Having listened to British captain Dai Rees describe the strengths of his team in painstaking detail during a long introductory speech, Hogan kept his own words brief and frosty. He listed his roster in alphabetical order, and then concluded: “The United States Ryder Cup team, the finest golfers in the world.” Brrrrrrr!
ROYAL BIRKDALE IN 1969 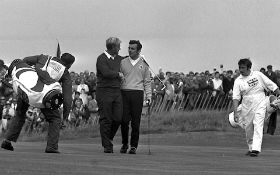 History has been kind to Jack Nicklaus for conceding Tony Jacklin a two-footer on the 18th hole to ensure a tie in their decisive singles match. But at the time, not everyone felt the warm-and-fuzzies over Jack’s gesture. “We worked so hard to get where we were, and then for that to be the finalization of the Ryder Cup,” Billy Casper said. “It was quite a sensation for everyone concerned there.” U.S. captain Sam Snead was less forgiving: “When it happened, all the boys thought it was ridiculous to give that putt. We went over there to win, not to be good ol’ boys.”
THE BELFRY IN 1989 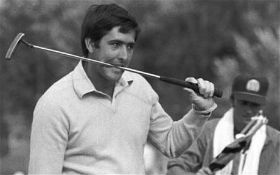 Tight match, high tensions. In a Sunday singles clash between two of the fiercest competitors in Ryder Cup history, things got testy early when Azinger (successfully) disputed Seve’s request to take a scuffed ball out of play. And the air grew thicker still on the 18th hole, when Seve put forth a protest of his own, questioning whether his opponent had dropped properly from a water hazard. Azinger went on to win the match, but Seve’s team went on to win the Cup. No love was lost between the two. 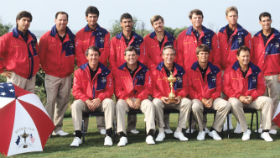 In a Cup memorialized as “The War by the Shore,” the Americans showed their military mindset early by cloaking themselves in camouflage for a team photo. Then came the competition, which played out as a pitched and heated battle, with bloodless volleys fired back and forth. Paul Azinger and Seve Ballesteros got into it enough to show the world that they weren’t the best of buddies. And the raucousness of the home crowd (unruliness in the eyes of some Europeans) added to a gladiatorial atmosphere. In the end, the Americans won when Bernhard Langer missed a par putt in his deciding match against Hale Irwin. But both sides had their share of walking wounded, including Mark Calcavecchia, who was four up with four to play in his singles match with Colin Montgomerie but stumbled badly, wound up with a halve and was seen, not long after, crying by his lonesome on the beach.
THE BELFRY IN 1993
A rivalry born at the 1987 British Open at Muirfield, where Faldo bested Azinger by a single stroke, took on a fiery new dimension at the Belfry, where the two men met in the final singles match on Sunday. Both were at their icy best. After Faldo aced the par-three 14th to go one-up, Azinger responded with a birdie on the next. But Faldo had regained a 1-up lead as the match moved to the 18th green. Faldo made par, leaving Azinger with a six-foot birdie bid for the halve. Though team USA had already clinched the Cup, Faldo declined to concede the putt. Azinger drained it. Not long after, he would begin treatment for melanoma, which he survived, competitive spirit intact. “Look at that,” he would say, two years later, while reviewing tape of his singles match with Faldo. “I had cancer and he still couldn’t beat me.”
THE COUNTRY CLUB IN 1999
On the deciding Sunday, David Duval played a role in what many recall as a heroic American comeback. But prior to the event, he and teammates Tiger Woods, Phil Mickelson and Mark O’Meara were widely cast as villains. Or as some said, selfish mercenaries. Their reported offense: griping about Ryder Cup players not getting paid. “It burns the hell out of me to hear some of their viewpoints,” U.S. captain Ben Crenshaw said. Tom Lehman added: “I think we should all be ashamed. The last thing the tour needs is a bunch of greedy, wimpy, whiny brats.” As public furore rose, the four stars at the center of the storm took pains to calm it through clarification. What they wanted, they said, wasn’t money for them, but compensation that could be put toward their favourite charities. In the end, that’s what they got. But not before paying a public-relations price.
THOSE GOLF SHIRTS (1999) 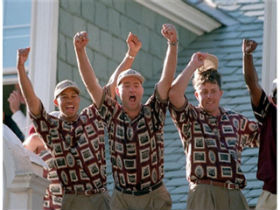 A day that began with an egregious fashion faux-pas (what were they thinking with those shirts?) ended with an even more sensational offense. Having scratched back from four down to all square in his singles match against Jose Maria Olazabal, Justin Leonard faced a 45-foot putt birdie on the 17th green. Back went his blade, and off rolled his ball, over a swale and down into the cup, a birdie bomb that triggered a stampede of U.S. players and their wives (as well as TV cameramen) onto the green — all before Olazabal had a chance to attempt his own putt to extend the match. In the wake of the euphoria, the Europeans put on their own demonstration. They made it pretty clear they were aghast.
POOR SPORTSMANSHIP (1999)
In addition to its fervent fans, Brookline is remembered for the superb, defiant play of a heckled, red-faced Colin Montgomerie. The stalwart Scot was known for having rabbit ears, but he hardly had to cup them to hear some of the insults hurled his way. (“Hey, Mrs. Doubtfire!” was one of the kinder put-downs). It was a volatile dynamic. The more Monty reacted, the more harshly he was treated (at one point, a fan reportedly spat in the Scotsman’s face) — and the better he seemed to play. For some in the crowd, it was too much to watch, among them Monty’s father, who left the grounds appalled at the hostility. As Davis Love III noted afterwards, American players had endured their share of insults while competing for the Cup on European soil. But not everyone was so sanguine in their assessment. Consider the perspective of the famed British broadcaster Alistair Cooke, who recounted the details of the event in a Letter from America entitled “The Arrival of the Golf Hooligan.”
VALHALLA IN 2008 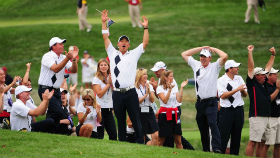 After the game, Anthony Kim insisted that he hadn’t been irked by what some perceived as gamesmanship by Sergio Garcia. But in the heat of the moment, the young American sure seemed peeved. It happened on the sixth hole of their Sunday singles match, where Garcia’s drive missed wide right and wound up in thick spinach. In petitioning for relief, the Spaniard argued that his stance was impeded by a set of stone steps behind him. As Garcia stood over his ball to demonstrate his point to a referee, Kim strode over and inquired unhappily: “You call that a normal stance?”
GLENEAGLES IN 2014 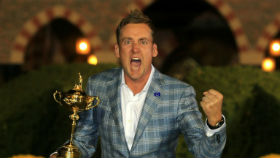 Fans on this side of the pond had long hoped for the modern-day emergence of an American Ian Poulter, a pesky and demonstrative competitor capable of winning points while getting under the opposition’s skin. Patrick Reed appears to fit the bill. At Gleneagles, Reed established his thorn-in-the-side credentials, not just with what he did, but with how he did it. On his way to posting a 3-0-1 record for the week (a performance punctuated by a 1-up win in singles over Henrik Stenson) Reed proved to be an irritating presence. When spectators around the first tee exhorted him to dance (something they did to all the players) Reed declined and was roundly booed. No matter. The burly, bristling Reed went on to quiet the crowd with his steely play — and, more annoying still, by shushing them on the 7th hole with a finger pressed to his pursed lips.

Have a fantastic Weekend